About The Author: Louis Michael Manzo 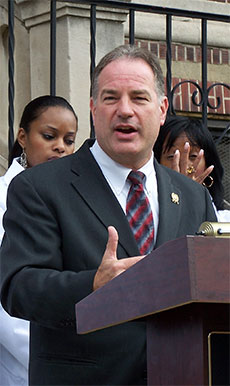 Louis Manzo grew up in the West Side Ward of Jersey City, New Jersey. The son of Alexander and Mary Manzo, and the brother of Allen, Ronald and Judy. Louis was raised as a devout Roman Catholic and went to Catholic schools through High School – Saint Aloysius Grammar School and Hudson Catholic High School. He described it as a “great childhood.” Lou’s closest friends still remain the kids he grew up with in his old Jersey City neighborhood.

Lou enjoyed playing plenty of sports in his youth – his Dad was an outstanding high school athlete and became a huge advocate for the baseball and football teams that Lou played on from little league through high school. In high school, Lou was honored to serve as co-captain of the school’s football team.

Attending Jersey City State College, Lou earned a Bachelor of Science Degree in Health Education. He also devoted some of his time to coaching the same high school and grammar youth sports that he had had participated in during his youth.

Fresh out of college, Lou was intended to teach health science. In fact, he was offered a teaching contract to serve in the high school where he had done his student teaching. Suddenly, his intended career path took a detour. There was a shortage of licensed health personnel in the Jersey City Health Department and his high school health teacher happened to be the Assistant Health Officer there. He recruited Lou to continue his schooling and take an internship with the Department.

Within a year, Lou passed the State licensing exam and began a career in public health. Within nine years, he worked his way up to become Chief of the Department. It should have been an enjoyable job – it was anything but. It just so happened that Jersey City was on the cusp of its major Hudson River waterfront transformation – old railroad yards and dilapidated piers into luxury condominiums, back offices for Wall Street, and a major shopping mall. An assortment of developers were anxious to get the massive project rapidly constructed.

Time was money. In the blink of an eye, the “Gold Coast” was born. Unfortunately, one of the calloused trademarks of rapid development is cutting corners, and the problems this practice caused ended up on my doorstep of the health department that Lou officiated. The department dealt with everything from displaced waterfront rodent populations invading neighborhoods, occupational hazards associated with the development, to developers dumping hazardous waste into the Hudson River.

At this same time Louis Manzo’s office was monitoring clusters of cancer, along with respiratory and skin disorders in pockets of Jersey City neighborhoods. His investigation determined that a hazardous waste known as hexavalent chromium – a carcinogen– was responsible. Does Erin Brockovich ring a bell? The investigation uncovered the fact that three chrome manufacturing companies, which were once located and affiliated with businesses in Jersey City, had been selling off the slag residue from the manufacturing process to building contractors for use as foundation fill.

The slag was pure hazardous waste and the companies, knowing of the hazards posed by the hexavalent chromium, were avoiding costly disposal fees and at the same time profiting from getting rid of the waste. The health department found contamination on more than 300 Sites throughout the city. On one site, where a department store had been constructed, the chromium had buckled up the pavement and cracked the building’s walls and foundation, causing it to crumble.

The most common human victims were children – kids who played outdoors in the contaminated dirt. They ingested the chromium through their skin pores and respiratory tracts. One of the sites turned out to be a public elementary school: Jersey City’s PS # 15. Teachers and staff reported that the green slime oozing out of the walls of the lunchroom had been doing so for years. The school board would simply have the walls scrubbed and washed down every so often, but never did anything more—they didn’t know any better.

Louis Manzo’s office would discover that the State Health Department had been aware of the situation for more than a year. They took samples and never apprised Jersey City school or government officials about the goings on. Manzo dispatched investigators to the State Health Department, who swiped the files right out from under their noses. It proved the State officials knew it was hexavalent chromium and just walked away.

Manzo blew his stack and, to the chagrin of the school board and the development community, he ordered the school closed. School Superintendent Franklin Williams called him “a modern day Paul Revere. Someone willing to run with the lamp and tell us the truth.” This finally galvanized massive federal and state resources to remediate the contaminated sights and initiate a health study for Jersey City residents.

That truth did not sit well with others. Trying to sell waterfront condominiums to out-of-towners while the chromium story was playing out on the six o’clock news was like spitting into the wind. The development community had just about had enough of Manzo – he was bad for sales. They finally mustered enough political clout to force his hand and Manzo moved on.

That happenstance led to Manzo’s entry into politics. He decided to step onto the political turf of Hudson County to level the playing field for his cause. This time the cause was stopping the construction of a pollution-spewing County incinerator project that Manzo had been fighting against in his previous health department position.

A few days after his primary victory, the Chair of the Democratic Party came calling with a $10,000 contribution for the general election. Manzo asked him if the Party would publicize his platform against the incinerator. The answer was an emphatic, “No.” Lou tore up the check and handed the chairman back the pieces. It made for a nice news story.

Manzo’s first bill as a Freeholder called for a moratorium on the construction of the incinerator. The legislation was voted down 8-1. The Chair of the Freeholder Board appointed him to head the Board’s environmental committee to research the matter. He then assigned the two Freeholders who were the incinerator’s staunchest supporters to Manzo’s committee. Manzo held a series of meetings every month for two years, while the County prepared the permits for the incinerator. He even invited the proponents and builders of the incinerator to participate at each meeting. The evidence his committee collected was overwhelmingly in support of the position that Manzo had advocated in opposing the incinerator. The committee reported to the full board with a several-hundred-page document that he had authored. The full Board of Freeholders reconsidered the original bill to kill the incinerator project, and this time it was unanimously approved.

Manzo next tempted fate by running for mayor of Jersey City. He was attacking the development communities’ use of tax abatements as incentives to build on the most valuable land in Jersey City. They were essentially asking working class city resident to support the tax breaks they were being handed by the politicians they had helped to elect. The development community threw everything they had behind candidates other than Manzo Anyone was palatable to them but him. He had run for mayor three times—once in a special election—but could never overcome the developer’s money or the clout of the local political organization.

Manzo then opened an insurance company and was fortunate to build a business that netted me a substantial income. He ran once again for mayor more, now better able to self-finance the bulk of his campaign. Despite spending serious money, Manzo was still never able to overcome the development clique that saw him as the devil, but he did manage to help elect Jersey City’s first African American mayor in 2001, former United States Marshall Glenn Cunningham Manzo supported him in the runoff election, after Lou had placed a close third in the initial round of balloting.

Glenn Cunningham and Louis Manzo were good friends for many years. In 2003, now Mayor, Cunningham asked Lou to run with him for the State legislature and represent the district as an Assemblyman. They both won. Mayor Cunningham’s sudden and shocking death in 2004 caused Manzo’s entry into the special election to fill his term. Again, his battles with developers would be Manzo’s undoing.

As an Assemblyman, Manzo had come to the aid of a downtown Jersey City community that was trying to convert an old abandoned elevated railroad embankment into a greenway and an elevated city park in an area much in need of open space. A developer had somehow surreptitiously acquired the embankment property through very questionable means and was intending to construct massive high-rise condominiums on the site. Manzo asked the Office of Legislative Services to investigate the land transfer. They discovered that the railroad had failed to give the City first option to acquire the property, as required by law, and the developer’s claim on the property was voided. The developer went ballistic and threw enough money in the election against Manzo’s candidacy. Battling the entrenched party organization along with the developer was too much to overcome. Manzo lost the election by a whisker.

Manzo continued to serve out a second term in the legislature, his most effective public office. His record as a state legislator was remarkable. He sat on the Environment & Solid Waste, Health & Senior Services, and Commerce Committees. Manzo was a co-prime sponsor of what is considered New Jersey’s most monumental and landmark environmental law – The Highland’s Preservation Act. The law conserved for perpetuity the state’s reservoirs and the lands and grounds surrounding them.

Manzo also prime sponsored the bill that enabled abandoned industrial properties to be cleaned up by using existing spill fund resources –The New Jersey Brownfield Legislation Act. In 2004, When the State attempted to curtail vital programs for New Jersey’s elderly – PAAD & Senior Gold – Manzo initiated and assisted the legislative battle that saved and preserved them.

In 2006, when the Special Joint-Legislative Session on Property Tax Reform was called, Manzo was appointed to one of the coveted committee assignments. There he initiated and co-prime sponsored a bill that produced the largest property tax rebate in NJ history.

He was also a proud co-sponsor of the legislation that has been hailed as one of the State’s most effective anticrime laws – Operation Cease Fire. He also sponsored the law that made it illegal to recruit minors into a street gangs.

When Governor Corzine’s attempted sale of the New Jersey Turnpike. Manzo became one of the leading and most outspoken assembly members to challenge the governor. His and the efforts of other legislators were credited with cancelling the attempted sale. Manzo also wrote the first legislative bill to bring a casino to the New Jersey Meadowlands for the purpose of creating thousands of jobs and to shore up the region’s economy. The bill did not clear committee, but serves as the blueprint for legislative efforts to make this a reality today.

After an unsuccessful run for Senate in 2007, Louis Manzo served out his term and left the state legislature 2008. At his own expense, he kept his former district office open and founded a public advocacy office. He was still intent on serving and helping constituents to overcome government problems.

It was shortly after that Manzo’s life and Chris Christie’s became painfully intertwined. He was falsely arrested as part of the Bid Rig III sting in July of 2009. His charges were dismissed and he was completely exonerated in February of 2012. Manzo wrote the successful nonfiction, RUTHLESS AMBITION: The Rise and Fall of Chris Christie, based upon his experience. The book was published in 2014.

Manzo next authored AN IRISH LULLABY. He is currently at work on the manuscript for his third book, also a fiction.