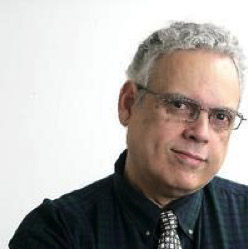 Former Assemblyman Louis Manzo, a Jersey City native, has a new book out. If you recall, his first was about his old nemesis, former Gov. Chris Christie called “Ruthless Ambition.” It was not a flattering portrayal.

Manzo got caught up in the Operation Bid Rig III FBI sting. From the start I called the Manzo indictment hard to believe and predicted he’d beat it. Eventually a federal judge dropped all the charges. Manzo lost his shirt and condo paying for his defense and had to move out of his hometown to the Jersey shore where he wrote his angry but well-researched tome.

His second novel is a fictional tale involving his old St. Al’s parish with some so-called familiar neighborhood characters. The title is “An Irish Lullaby” with a publishing date of late summer or early fall. It seems he feels he found his calling because he’s already working on his third book.

Still it’s hard to take the politician out of a guy who ran so many times unsuccessfully to become mayor of the Hudson County seat. Manzo’s political blog on his “Ruthless Ambition” website has resurfaced with his opinion on national politics. Does this mean that some of the upheaval in the Hudson County Democratic Organization may tempt him to sniff around? Maybe